May 01, 2021 Industry News ASA
Are Your Genetic Decisions Taking You in the Right Direction? | By Jackie Atkins, Ph.D., Director of Science and Education Operations Each April, we set aside time and space in our magazine to look at the genetic trends of the purebred Simmental over the last…
read more
Cattle Genetics   Genomics 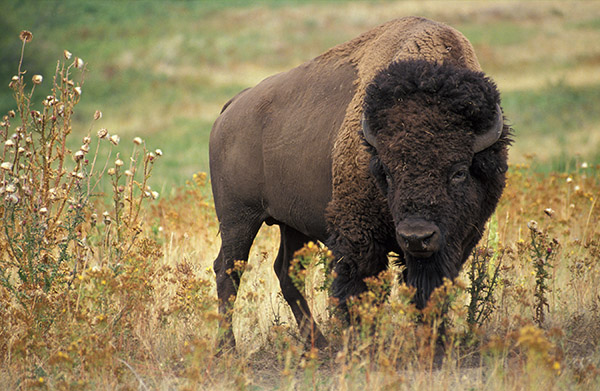 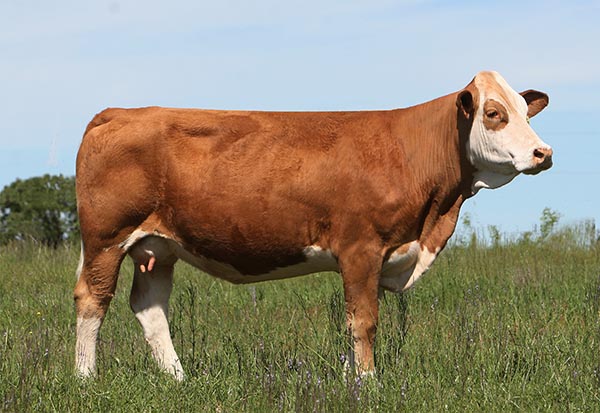 The first reference-quality genome assemblies for the iconic North American Yellowstone bison and the Simmental cattle breed have been published in the Journal of Heredity. Animal genome assemblies provide genetic “blueprints” for how they develop and pass on information to their offspring.

The bison assembly will be used in conservation efforts to maintain genetic diversity, and to study bison evolution by comparing DNA obtained from fossil specimens sampled from permafrost in the Arctic Circle. The Simmental cattle assembly will contribute to an international effort to survey existing cattle breeds around the world to preserve their genetic diversity and identify variation useful for improving beef and dairy traits in different environments. The two genomes are released together because of the unusual way they were created: a single individual hybrid animal from a bison bull and a Simmental cow. Each cell of the hybrid animal contained one copy of the bison and one copy of the Simmental cattle genome.

Researchers used a process called trio-binning, wherein the genome of a single individual and its purebred parents are fully sequenced. With interspecies crosses, this results in a complete, highly accurate genome assembly from each species. These extraordinary high-quality reference genomes meet or exceed the most accurate and complete mammalian genome assemblies to date.

According to the authors, “The best genome assemblies to date come from interspecies hybrids.  They are more contiguous and accurate than those from individuals of the same species.” This was previously shown with the yak–Scottish Highland cattle cross.

“This high-quality bison genome provides a snapshot of the current state of buffalo in North America,” says professor Beth Shapiro, whose group led the bison assembly and uses ancient DNA to study evolutionary biology at UCSC.  “It will be useful for comparing to ancient bison genomes, which are too fragmented to assemble on their own. From this, we can infer the natural history of the species and identify when and where cattle may have introgressed into bison.” The data also shed light on how much the near-extinction and intentional crossbreeding of bison and cattle have affected existing herds.

The reproductive effort to produce the hybrid animal was accomplished with Simmental producer, Fred Schuetze of Simmentals of Texas (formerly with Buzzard Hollow Ranch in Granbury, Texas) and the assistance of Drs. Brad and Todd Stroud of HoofStock Genetics. The donor cow was a fullblood Fleckvieh Simmental, a breed recognized for its fast growth and beef yield. “Through the years, American Simmental cattle have gained a reputation as ‘the science breed,’ and this project illustrates that notion. From the beginning, ASA has emphasized performance data, progeny testing, and genetic evaluation,” says ASA executive vice president, Dr. Wade Shafer.  “The completion of this project sets the new standards for genetic improvement,” says Fred Schuetze, president of the World Simmental-Fleckvieh Federation, and managing partner of SOT.

The Simmental assembly will be compared to previous genomes of Angus, Hereford, Brahman, Highland, Holstein, and Jersey breeds, along with others emerging from a USDA-led effort to sample the 600 or so breeds existing around the world, to identify genetic components that lead some breeds to excel at dairy or beef production, or to thrive in tropical, subtropical, temperate, or subpolar environments.  The authors conclude, “These assemblies represent the application of the latest technologies for genome assembly and they provide unprecedented insights into the nature of how evolution and domestication have shaped the genomes.” An improved understanding of how selection has affected the genome will help to speed genetic progress for precision agriculture and to avoid counterproductive breeding before it happens, providing another tool for increasing beef and dairy production important for food security, while maximizing sustainability.